Dec 5, 2019 –   our annual Christmas Beer Exchange and Cornhole Spectacular was held in the JLC Corn-dome in Wilder.  We had the usual tasty appetizers, funky Christmas beer and whiskey.  Our 7 1/2 team double elimination tournament was won by Dirc and Billy. Runners up were Wally and Dan.  Special Yasiel Puig Mother’s day bats were provided by Mark Goetz.  Very cool !   Thanks Mark.  Peculiar music was provided by Steve Miller and Nick.

A special senior men’s singles competition was initiated late in the evening with George beating the crap out of Tommy 3 games to 0.  No prize was awarded. Just satisfaction.

Thanks to Johnny for hosting !

Note – Dirc has won 50% of the tournaments for the last 3 years.  Check the blog history if you doubt it.  Something has to be done about this. 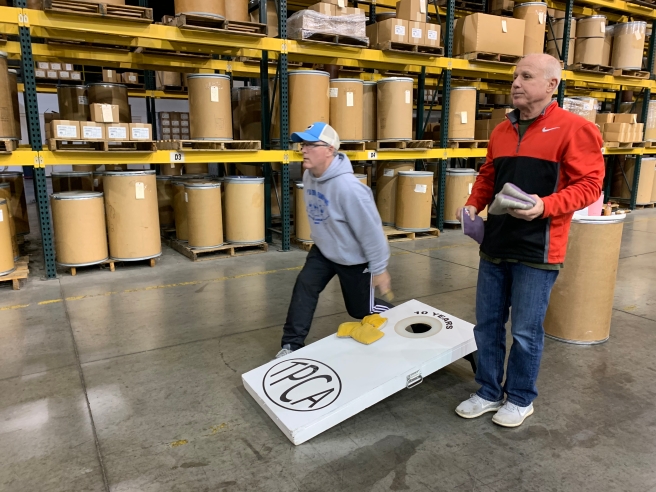 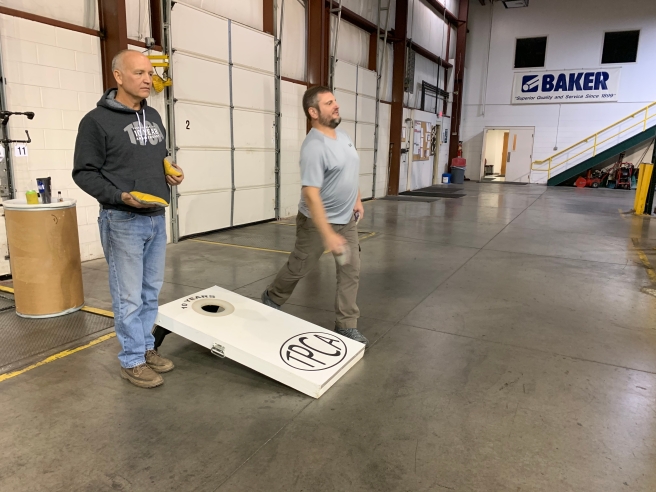 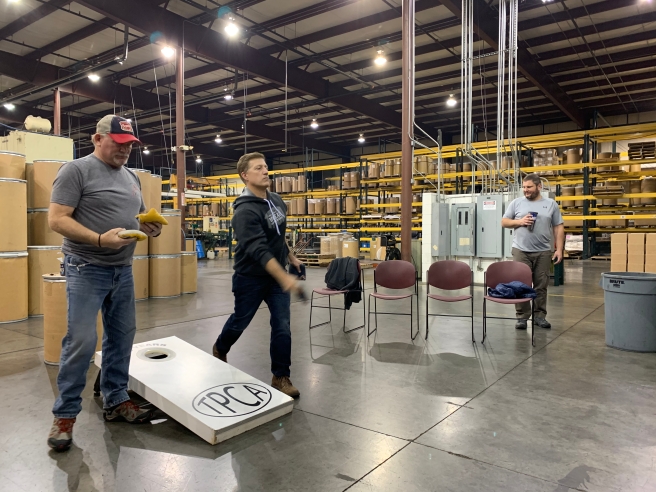 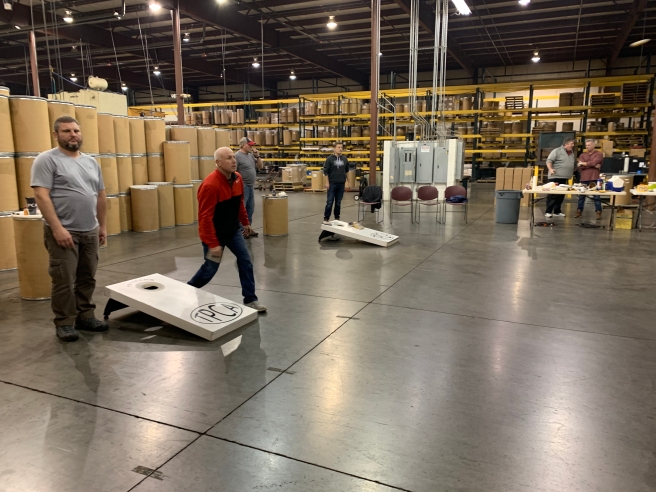 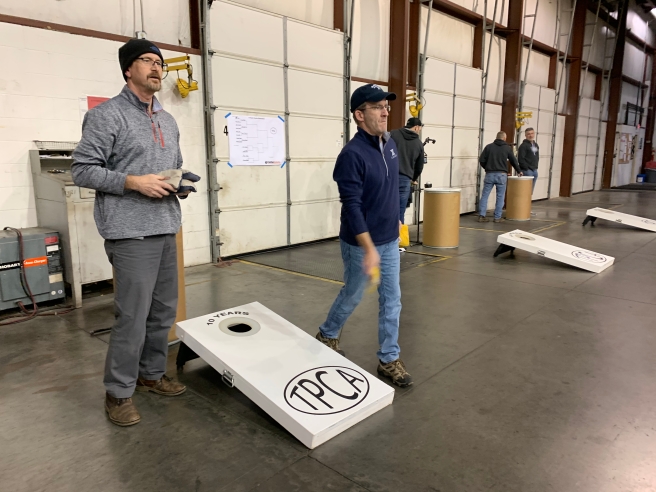 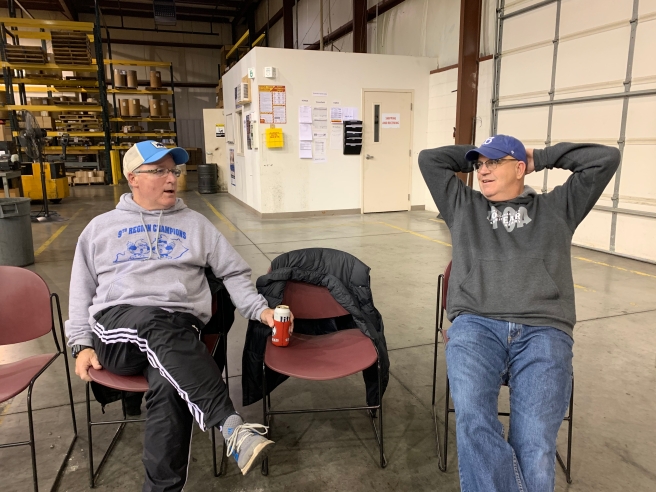 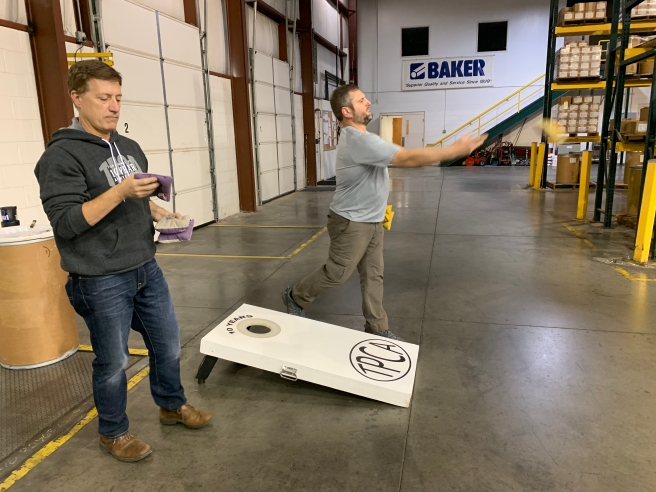 One thought on “2019 Christmas Beer Exchange and Cornhole Spectacular”